What are the obligations of the UK and the international community to Hong Kong? — Sharing by Alan Leong, SC 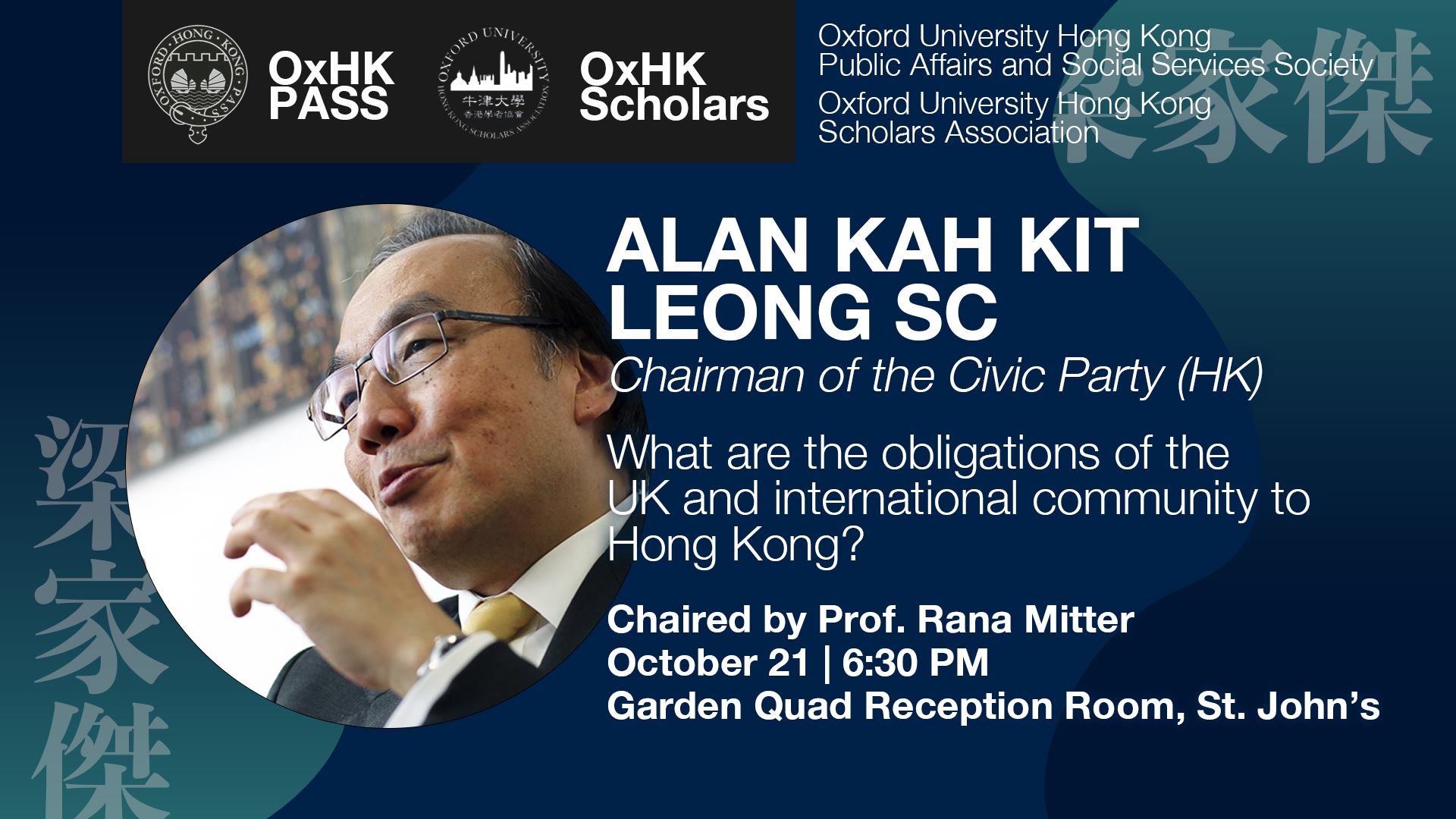 Since the proposal of the Extradition Bill, there have been a number of protests against the Bill, and soon escalated to a city-wide social movement. Even with the formal withdrawal of the Bill after 13 weeks of protests, people’s concern has been already shifted from the Bill itself to larger political issues. The movement has been ongoing for more than 18 weeks.

As student societies at Oxford, we want to facilitate more dialogue with the international communities. On the other hand, we would like to offer our friends in Oxford, far away from home, a platform to voice out their thoughts. In the next few months, we are launching a series of events to look at the current social movement through different lens, including sharings, discussions, and documentary screenings.

For the first event in the series, we are honoured to have Mr Alan K. K. Leong SC（梁家傑 資深大律師）to speak on the current situation in Hong Kong, and on the responsibilities of the UK and the international community. The sharing will be chaired by Professor Rana Mitter. Details are as follows:

* This event is open to all. Please bring along with your University Bod Card as it may be necessary to enter the College.

Speaker’s Profile
Alan Leong SC is the Chairman of Civic Party, the second largest political party in the Pan-democratic Camp in Hong Kong. A former chair of the Hong Kong Bar Association and legislator, Mr Leong was also a founding member of the Civic Party, ran against Donald Tsang in the 2007 Chief Executive elections, and served as Convenor of Pan-democrats during the 2014 Umbrella Movement.

Chair’s Profile
Rana Mitter is the Professor of the History and Politics of Modern China and the Director of the University of Oxford China Centre. He studies the emergence of nationalism in modern China, both in the early twentieth century and in the contemporary era. He is particularly interested in the impact of China's war with Japan in the 1930s and 1940s on the development of Chinese politics, society, and culture. He is a fellow of St Cross College.

Future related events
The details of the event will be published in due course.
4 November – Sharing by Chip Tsao, multilingual columnist, broadcaster, and writer
11 November – Screening and Director’s Sharing of “Last Exit to Kai Tak （分域大道）” by Matthew Torne
4 December – Sharing by Evan Fowler, co-founder of Hong Kong Free Press