Co-organised by Cortex Club and OxHKScholars

Have you ever wondered this seemingly philosophical question - what is consciousness?

As much as it is interesting, it is vague and extremely difficult to study. However, some scientists are brilliant enough to think of ways to dissect this complex question.

In collaboration with the Oxford Cortex Club, we have proudly invited Professor Hakwan Lau to tell us about his work on "Consciousness and Fear".

Prof Lau studied philosophy as an undergrad at HKU, and received graduate training at Oxford. After he did his postdoc in UCL, he went to Columbia University in New York, where he became an Associate Professor. He later left Columbia University to join UCLA, where he is currently a Professor at the Brain Research Institute. He also took up a professorship in HKU at the same time. To date, He has contributed more than 90 scientific papers in his field, with 9.6k+ citations.

Abstract
Many animals act like they experience basic emotions such asfear. But here I will give a skeptical argument. This is based in part on what we know aboutconsciousvs unconscious vision in humans. Based on such comparisons we know that specific circuits in the prefrontal cortex are important forconsciousperception. The same seems to be true for the subjective experience offear. I show that activity in subcortical areas e.g. the amygdala, may represent physiological responses to threatening stimuli, which are not necessarilyconscious. Using closed-looped neuroimaging coupled with machine learning, we can also modulate these responses unconsciously; a clinical trial based on this finding is currently taking place. Taken together, although many animals share similar subcortical/limbic mechanisms with us, to the extent that they may not have a prefrontal cortex as developed as ours, it is unclear whether they experience emotions the same way we do.

This will also be a precious oppotunity to ask Prof Lau for career advice, and how has turbulent events in HK over the past year affected academia and international collaboration. 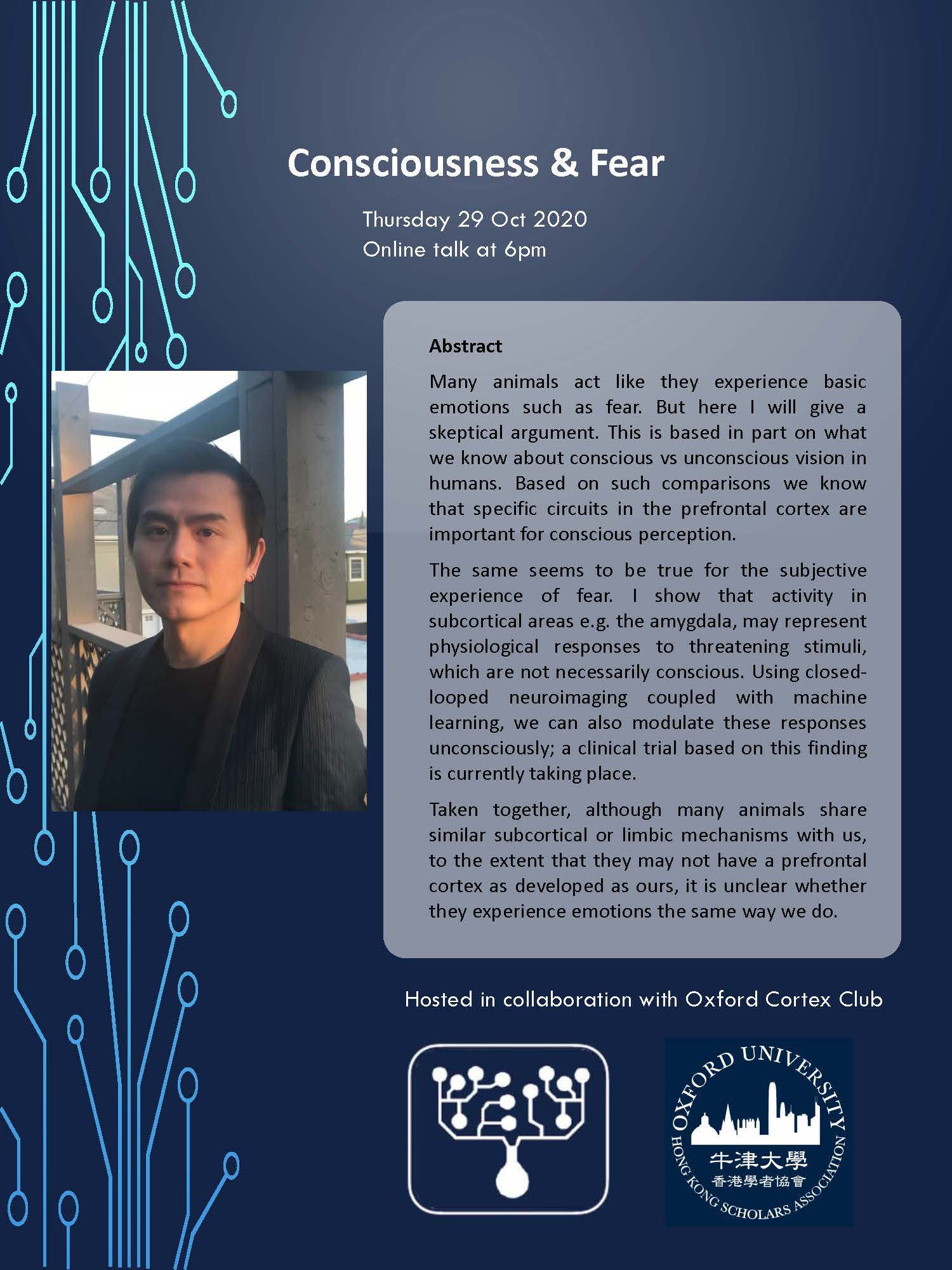